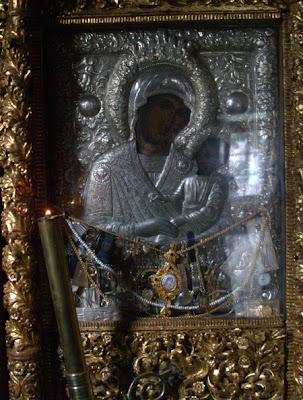 The Holy Icon of Panagia – Fovera Prostasia is the treasured Icon of the Holy Monastery of Koutloumousiou of Mount Athos
The Holy Icon is dated to the 13th or 14th century and is located in the chapel attached to the Katholikon (Main Church) of the Monastery. 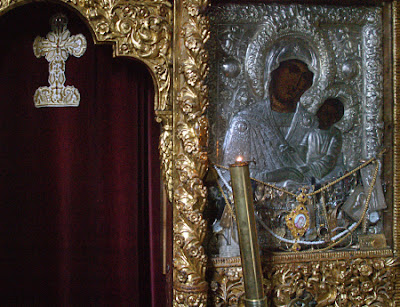 Tradition of the Monastery tells us that the Icon was the only item left un-scathed in a fire that ravaged one of the monasteries dependencies in Crete. When discovered it was immediately returned to the Monastery at Mount Athos where it is kept to this day. 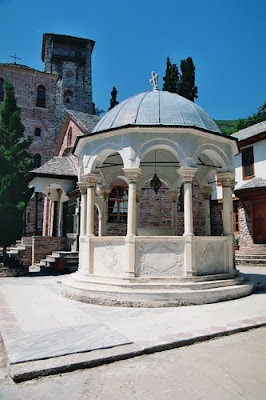 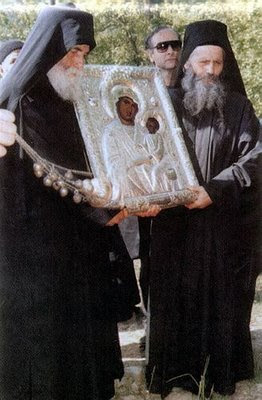 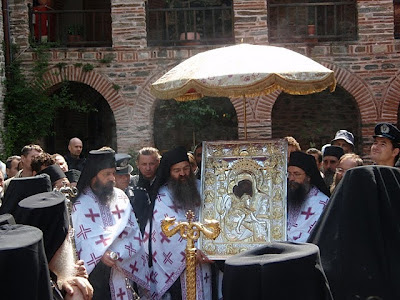 A very special thank you to my friend KP who has written a beautiful article regarding my Ordination to the Priesthood. I look forward to continuing my posts this month once I have become familiar with my new duties and the long and difficult road ahead. 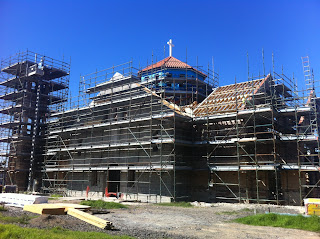 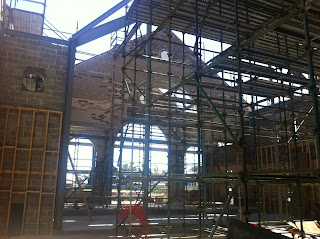