There comes a time when we all must say goodbye, in this life, to those that have made a significant impact upon us and have moulded us to whom we are today.

These people are considered by us as charismatic and life changing.

I must admit, that it has taken me at least 4 weeks to build the courage to write about him. It has been a difficult to come to terms that he is no longer there, to talk to, to exchange a text message with and to seek his advice.

His loss has been something that has affected me deeply, perhaps, due to being so sudden. There were so many more conversations to be had, so many more ways to help his mission work in Congo so many more spiritual discussions to be had at his beautiful monastic home the Cell of the Archangels in Mikra Agia Anna, Mt. Athos.

I guess these conversations can still take place, however, in the realm of prayer, asking from God to give rest to his saintly soul and grant to him, his deserved place, in the tents of the righteous.

Fr. Nikiforos (Πάτερ Νικηφόρος) as he liked to be called, was a person of deep charisma, firm minded yet gentle, strict yet just and always approachable. 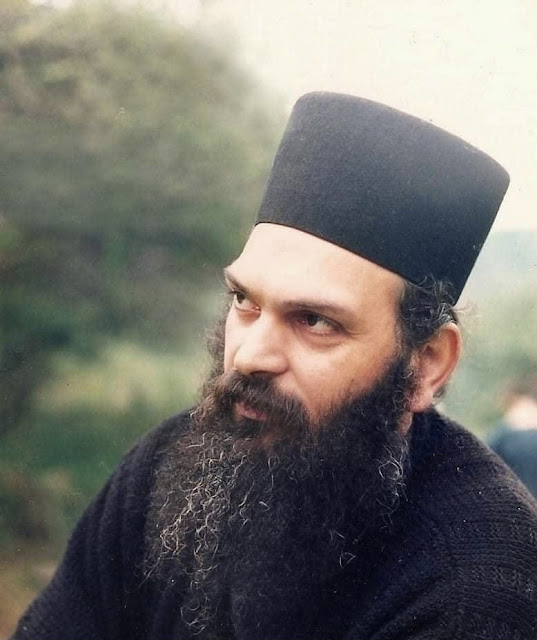 I first met him as young boy, 12 years old as a 1st year student at Athoniada. He immediately took me under his wing and guided me through what is usually a difficult transition from an Australian household and into a boarding school, on the other side of the world, without knowing much Greek.

He guided me at every crossroad in the boarding school life, trust me there were many, with much love and concern. He was a second father and a person I relied on heavily from the age of 12 - 16.

He instilled in me a deep love for the Holy Mountain, the same deep love which I maintain to this very day.

Even after my departure from the school, we maintained dialogue via phone and letters and later through more modern means of communication such as Viber and FaceBook.

He loved each and every one of his students, always remembering them and asking about them.

He was a very humble person and did not like attention, especially when it came to his very important mission work.

I recall the last time we met in person....

I was in Northern Greece in my wife's paternal village, just outside Giannitsa. I had spoken to him a few days before asking him what his movements were whilst he was in Thessaloniki. Usually, the limited time he had in Greece was mainly spent meeting with people and securing funding for the significant mission work he was conducting in Africa.

Out of the blue, he called me and asked where I was (knowing I was somewhere in the Giannitsa region) and asked if he could come by the village to visit.

I, of course, gave him the details and he said he would come by upon return from Edessa. An hour later he called and said he was on his way.

We had just finished vespers at the village Church (it was a Saturday) and we had gathered at my wife's cousin's home for coffee in memory of her late uncle. Most of the people in the small village were gathered there.

He eventually arrived at the home and sat down to have a coffee and a rest from his journey. No one apart from our relatives knew that Fr Nikiforos was the Metropolitan of Central Africa. He did not announce himself but rather humbly sat down on the plastic moulded outdoor chair like the rest and drank his coffee.

After having a rest we took a walk together around the village in what was a deep and meaningful spiritual and practical discussion which I cherish to this day. We arrived back at the home, he farewelled us and continued his journey back to Thessaloniki.

After his departure, the villagers asked "who was that lovely priest?" "Where is he from?". I replied, he is not a priest, but rather the Metropolitan of Central Africa. They were amazed at his humbleness and simplicity, never introducing himself as Bishop etc. but rather, the simple Fr. Nikiforos.

To my beloved Fr. Nikiforos, may the Almighty Lord grant you, your place in His kingdom, in the land of the living and in the tents of your righteous.

You will always be remembered and your guidance and sacrifices for all of us, cherished forever. 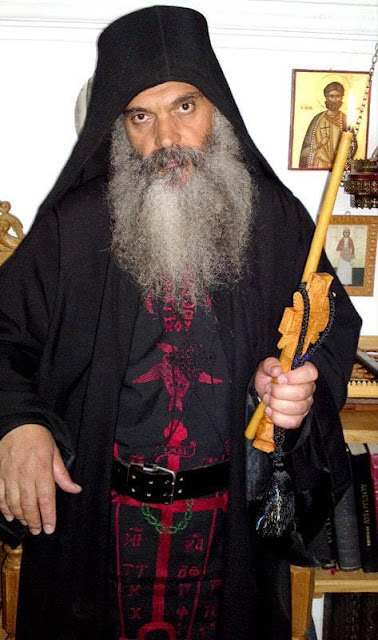 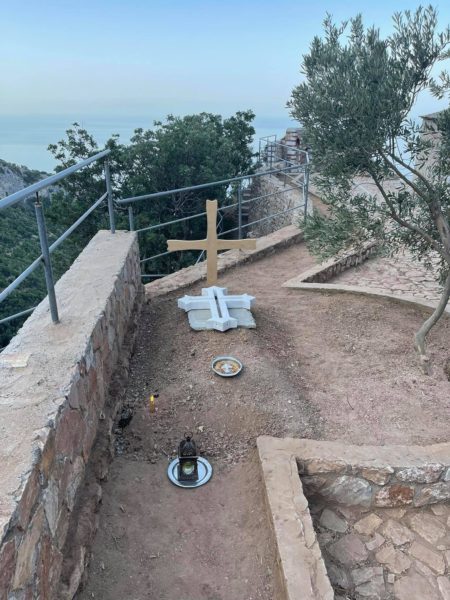