0075 -  Zygou Monastery near Ouranoupolis
When you hear the words “Mount Athos”, your mind will be immediately drawn to Monasteries.
What isn't widely known is that the border of Mount Athos, extended much further beyond Ouranoupolis in the past.
Remnants of Monasteries and their dependancies can be found all around the Chalkidiki region.
One of those forgotten Monasteries from the Golden Age of the Peninsula (around the 10th Century) is the Monastery of Zygou. 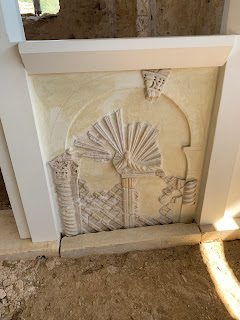 This religious and architectural heritage site stands 2 kms to the east of Ouranoupolis, walking distance to the border of Mount Athos.
Zygou Monastery is considered to be one of the oldest uninhabited ruins of an Athonite Monastery.
It was discovered by the group of archaeologists, coordinated by Ioakeim Papaggelos in 1984. 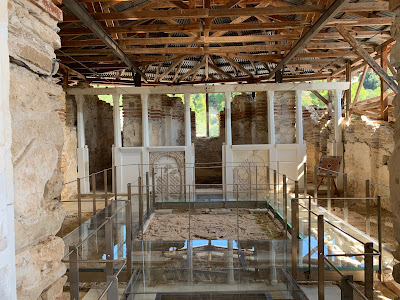 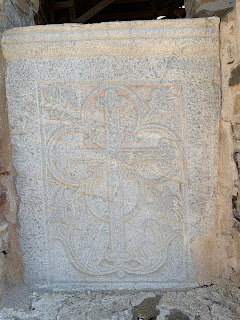 The first exact mention of the Monastery dates back to the year 998, when it was considered one of the  elite monastic centres of Mount Athos and had great influence in the Athonite Administration. 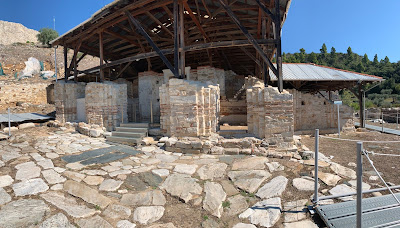 The monastery began to flourish in 1018 after the appointment of Nephon to be the abbot.
He led the expansion of the Monastery’s area and
the construction of the Catholicon (the main Church).
The excavations show that the building complex, included five-sided castle like walls and 11 towers, which were established throughout the course of a 100 year period. 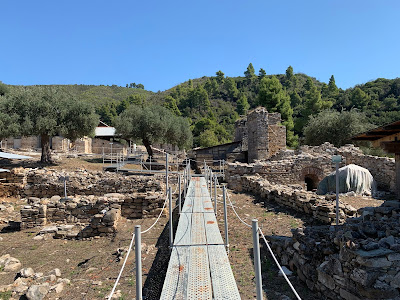 As was the case with many Athonite Monasteries which were situated close to shore with easy access to ships, the monastery was abandoned late in the 12th century.
This is more than likely attributed to raiders and pirates who frequently raided the Monasteries on the Athonite Peninsula that had easy accessibility and no natural defences.
The Monastery and its lands were granted to the Hilandariou Monastery for utilisation and renovation. 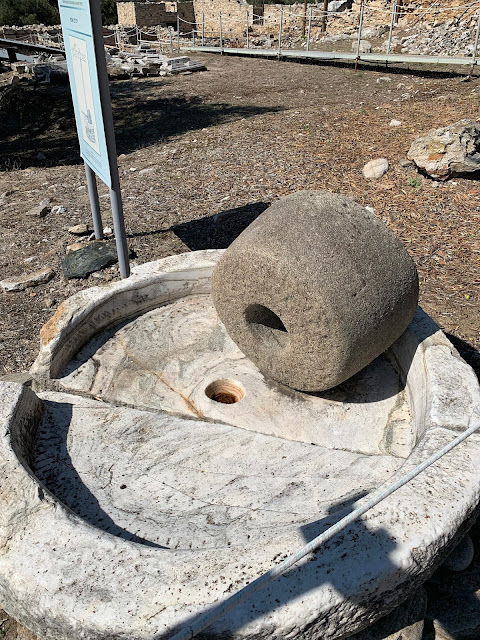 During the period of the crusades, it was used as a base Latin crusaders to launch attacks on Mount Athos under the leadership of a Frankish lord, in order to force union between the East and West. It is because of this that it is referred to sometimes as Fragokastro (Frankish Castle).
After that period , the Monastery was left in ruins. The Monastery, which was once a flourishing religious centre, became the source of building materials.
The locals quietly removed the stones and decorations of the Monastery, evident in many of the oldest local buildings around Ouranoupolis. 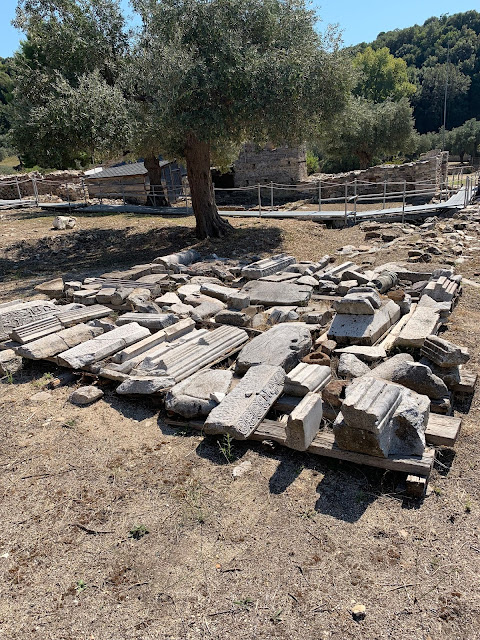 The complex comprises the old central construction (western), which was doubled in the course of expansion in the eastern direction. Recent excavations found foundations of a much earlier building dating back to the 4th Century B.C.
The Catholicon (Main Church)  sits in the mid-east part of the building. The first stone was put into its foundation in the first half of the 11th century. Its construction included four phases.
The first phase of the building construction included the establishment of a Church with a narrow narthex. The second – added the northern Chapel. 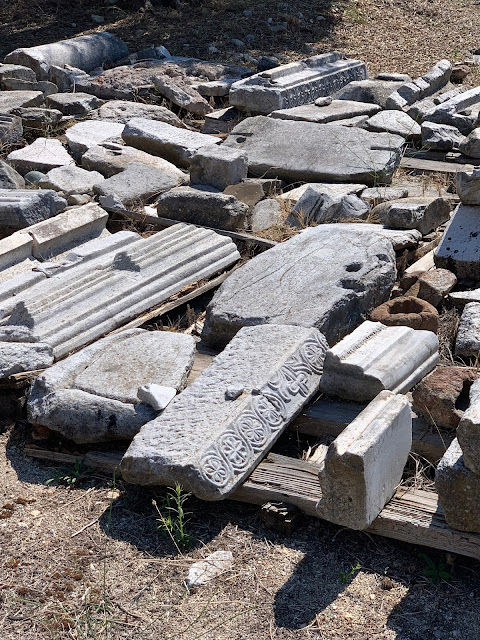 At present, the monastery is partially reconstructed.
Unfortunately, the majority of its marble relics were either destroyed or stolen.
The four marble columns, which were holding the dome, are now lost to History.  The interior of the monastery was covered with fine-grained stucco one might see in the Churches of Mount Athos and features a large number of frescoes.
The narthex has partially preserved fresco of the Annunciation, adorned with gems.
In the niche of the south chapel, you can see two layers of frescoes, depicting the life of Saint Nicholas. 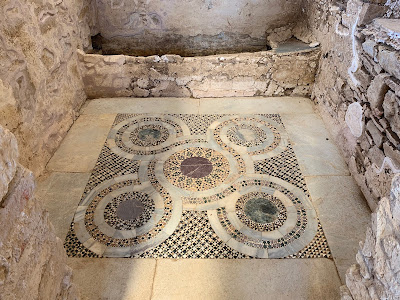 The floor of the Catholicon northern chapel is perfectly preserved. It is made of marble using a specific technique of stone carving, which provides us with the opportunity to admire the works of the architects from the 11th century. The floor is decorated with some of the best examples of mosaics from the first part of the 11th century. 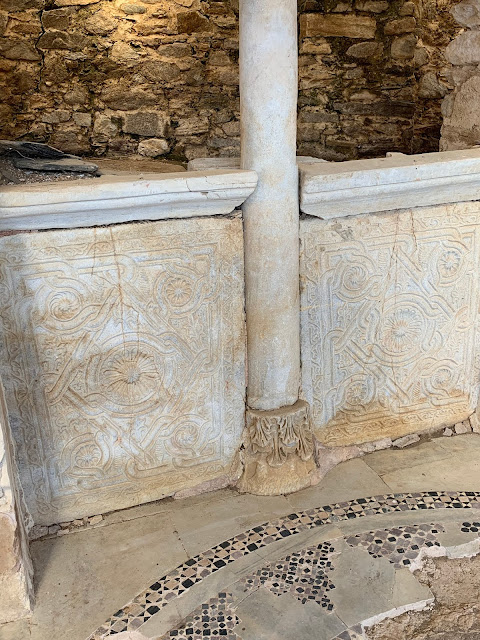 During the excavations of 1984, the archaeologists found many artifacts, which are now included in the collections of many museums in Greece. Among the artifacts are:
A tablet with the depiction of an Archangel.
Three lead seals of the 11th century Monastery.
Glass mosaics which were the part of a mosaic composition.
Silver medals with carved depictions of St. Paraskevi.
Coins belonging to various time periods.